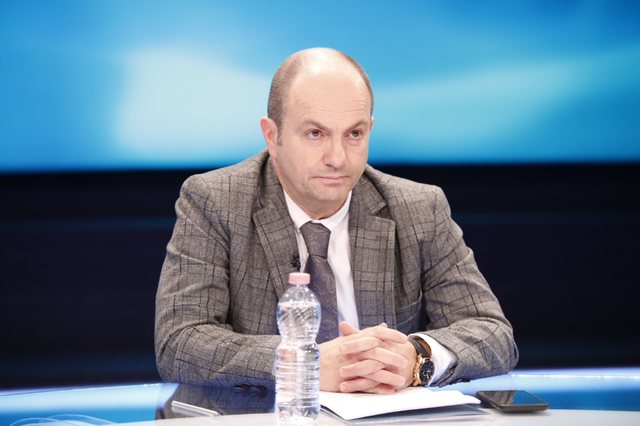 It has been a while since we, the citizens of Tirana, could no longer smell the stinking aroma of Sharra's burning garbage, nor did the smoke cloud, from this murderous burning, come over our heads. I was interested and found that the piles of waste that Tirana produces every day and that burned in the Sharra plant, without any separation at source, recycling or composting process according to hygienic techniques, no longer existed.

It is on the verge of incredible, but the mountain full of "garbage" of Tirana is encapsulated almost completely and is also planted with seedlings. In the area that once the horror of Tirana and Albania existed, you can now find the waste separation plant according to EU parameters, the totally modern, giant, solid waste landfill fully finished, the hazardous-waste encapsulation landfill also completely modern, soon to finish,  and the infrastructural preparations for the beginning of construction of the waste incinerator in accord with Italian technology (EU), (Vienna has one in the middle of the city) which has zero possibility of emitting dangerous gases in the air and which will also produce electricity that will be added to the existing network, because the relevant power station will be built next to it. To all of this, you can add three small but not less important artificial lakes built there, enriched with fish species, whose water is used for several purposes, as well as several thousand tree seedlings planted there and which in a few years will turn the area in a green forest! Not to mention the rich animal fauna they have settled there!!

If someone had told me this, I swear I would not have believed it, if I had not seen it with my own eyes.

Anyway, now the Albanians are in another big trouble: they are being terrorized by the "scary" incinerator! These hypocrites (mostly political) who are supposedly very concerned about how much the government is "stealing" with these incinerators (I never undertake dealing with or justifying the costs of this investment, but I am dealing with the health impact of this technological revolution) have not expressed nor said anything about how they will deal with the waste treatment if they take over: so they support the criminal burning of garbage in Sharra as before this "revolution", given that they oppose their separation at source, composting, incineration and recycling according to EU methods and technology, as it has begun to proceed in Sharra.

Secondly, how is it possible that these political segments do not bother making the people (not the electorate) aware, even once in a while, of the horrors caused by hazardous waste such as industrial and technological waste containing highly toxic substances, infectious hospital waste, pharmacological waste, pesticide residues, or even oils and batteries ?? !!

Why don't these loquacious people sensitize the population that the many-years hallucinatory deposition of waste in Sharra without making any division by type and category, has led to the release of gases and pollutants such as: particulate matter, sulfur dioxide, nitrogen dioxide, lead, phosphate, etc. which seriously damage the health of the population to fatal consequences, ranging from bronchial asthma and allergic bronchitis, to symptoms of acute and chronic poisoning from heavy metal inhalation, not to mention the dramatic consequences of lead poisoning in children and the young blood, especially the community living around that area, such as: severe anemia, persistent hypertension, cerebrovascular accidents and severe kidney damage ?!

Meanwhile, the encapsulation of tons of waste found in Sharra, is done according to a completely coherent technology with pipe system and drainage, to keep under control and detoxify the gases or furans released by the decomposition of waste in the landfill, thus eliminating any harmful and toxic gas that could have been released into the air from this decomposition as has happened for many and many years.

This is why this is on the verge of a dream for the residents of Tirana! The dream of not getting sick from GARBAGE anymore!

Citizens do not care how many euros per ton the waste incineration costs, but they want to make ending up sick and intoxicated by GARBAGE in the doors of hospitals and health centers, impossible!

That is why the miracle that happened in Sharra is enabling people's health to travel from hell to paradise!

The processing and destruction of waste, the same as in Europe, which we take as a model and aspire to be part of, made me write like this, because I am a DOCTOR, not an accountant. I would remind the political accountants that the postulate is enough: whoever pollutes, pays!!