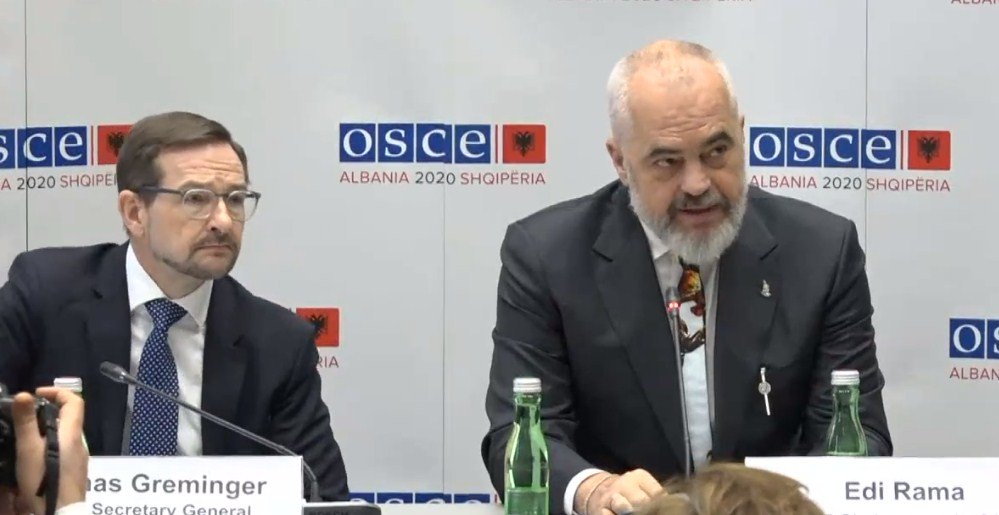 The Albanian Prime Minister, Edi Rama, declared at the closing speech in front of the OSCE Permanent Council that Albania has taken a risk with the mujahedeens, and that he is proud for this undertaking.

"The Albanian politics took this step with a unified conviction. We are NAOT members and any attack against us would be an attack against NATO. Whoever might have imagined our involvement as a celebration, not as a commitment, should rethink that. We live in a world where we are facing dangers, enemies of democracy. We are supporting an alliance that is fighting for a better world", said the Albanian Prime Minister among other things.

Rama added that as leader of the OSCE, Albania will give its best to make sure that the views of all countries are taken into consideration.

"It?s encouraging to know that our cooperation and our initiatives are in the right direction", Rama said.