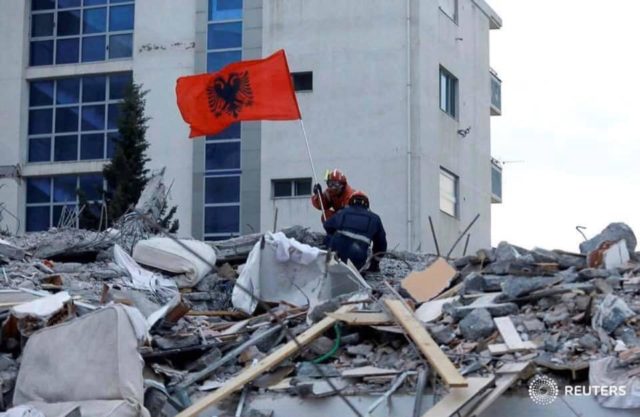 The Ministry of Finances declared that so far the total sum collected for the families affected by the earthquake is just 9 million EUR, still far from the promised declarations.

The money that has arrived from other countries is only the 500.000 EUR from Kosovo. The rest, including the 15 million EUR of the European Commission, have not been sent yet due to bureaucratic and banking reasons.

Most of the biggest businesses which promised large amounts are giving them with installments.

The French President, Emanuel Macron, is going to hold a fund raising for Albania by January, while Rama attended a similar one already held in Turkey.

Other large amounts collected by other foundations in Albania are the Firdeus, 5 million Euros; Marin Mema with "Albanian Roots", in New York, have collected 1.6 million EUR, and "A Different Weekend" has collected 1.9 million EUR.

All this money will be used to rebuild homes destroyed by the November 26th earthquake, which has left many families homeless, mainly in Tirana, Durres, Lezha and Lac.