22-years from the first frontal confrontation of KLA 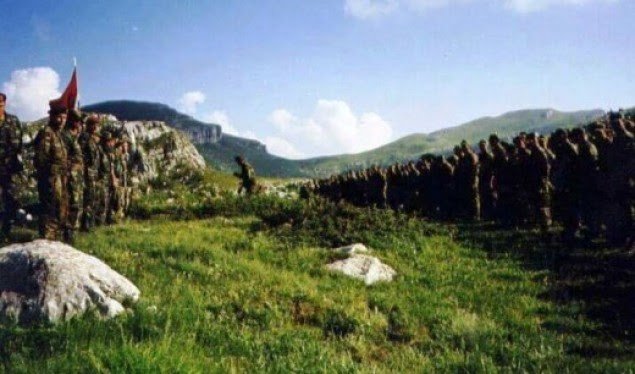 Today is the day that marks 22 years from the first frontal confrontation between the Kosovo Liberation Army and the Serbian military forces.

On November 25th, 1997, the KLA led by the legendary commander, Adem Jashari, attacked the Serbian Police forces in Vojnik, Skenderaj, forcing them to retreat.

Dozens of armored vehicles arrived the next day from the Serbian forces. Adem Jashari and his soldiers stopped them and made them retreat.

The retaliation of the Serbian army was very vicious after these losses. They started shooting every person they were seeing at the Llausha village, even teachers at the school doors. One of them was Halit Geci, who was buried on November 28th, 1997.