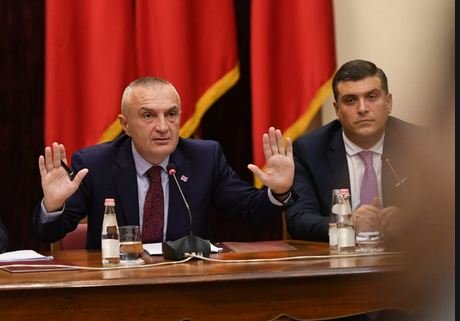 The President of Albania, Ilir Meta, has declared that his Spokesperson, Tedi Blushi, has been threatened by a foreign embassy in Tirana.

According to Meta, the threat was made by the embassy to remove a Facebook post within 30 minutes.

"My spokesperson has been threatened on behalf of a foreign embassy in Albania to remove a post that was made today", Meta said.

"I have requested an immediate investigation. I hope that this is just a game of the ruling party, but if there are diplomats who may have threatened the PM, they will not have it easy", the President declared.